In line with our Take on the Tutu challenge, a 26 metre long, four layered tutu decorated a Stagecoach Manchester bus, as the region’s leading local bus operator officially announced its new charity of the year, following an internal vote by staff members. 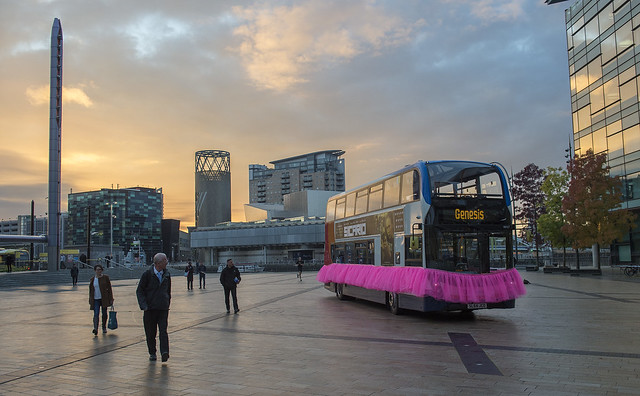 “Every two years, our staff vote to support a new charity and Prevent Breast Cancer have been chosen this time around, with the whole workforce already showing an overwhelming amount of support.

Breast cancer is a disease that unfortunately touches so many people each year and the positive impact this charity has in the local community is a key reason why we received so many votes for Prevent Breast Cancer to become our charity partner. I know there’s a series of fundraising opportunities pencilled in which drivers and office workers alike are looking forward to.”